The Story of Stingy Jack & How he Tricked the Devil

Happy Halloween! It’s my favorite holiday. I’ve been over at The Romance Studio’s Spookapalooza all week talking about my other-worldly stories and villains. I have five posts up so far and will be adding one more for today a little later. Do stop by. TRS parties are filled with prizes to be won.
🙂
http://trsparties.com/author/randerson/

If you’ve stopped by my blog before you’ll know I’ve been writing a series for years. As it stands, the unnamed work I call my magnum opus (MO for short) is five books long and approximately 5k words in toto. For today’s post I’m sharing a snippet from the MO. I haven’t decided if I’ll keep this little bit in the series. Sometimes my characters force these moments on me. lol The following was inspired by a folktale.

The Story of Stingy Jack and How he Tricked the Devil ~

Mac and Aggie settled onto their father’s lap with their popcorn balls. Aggie took a bite. It was difficult biting without front teeth, but the six-year-old’s incisors did their best. She gave her elder cousin a snaggle-toothed grin and asked, “What story are you telling tonight, Maddock?”

Connor laughed. Aggie looked up at him, a question bright in her green eyes. “Do you know this story, Dad? Is it a funny one?”

He winked at Maddock and gave his daughter a hug. “Wait and see.”

Maddock chuckled, and began, “So once there was a blacksmith named Jack. Everyone from miles around called him Jack, ye see, for this was in the days when no one used last names…”

Across the fire, Aidan whispered to Liam, “Wasn’t Jack was a farmer?”

An accomplished storyteller, Maddock used the moment to his advantage. He met the eyes of the children around the fire, and said, “True, Jack was a farmer too. An’ a good one at that because he could shoe his own oxen. Now Jack had a wonderful sense of humor an’ he loved playing tricks. He found it great fun to bore a hole in someone’s water bucket or paint a white stripe down the back of a neighbor’s black house cat.”

Well, one evening when the animals were bedded down, and the coals of his forge banked well, Jack grew thirsty an’ thinking a pint might do him good, he headed straight to the pub. But who do ye think he met there?”

Several children asked at once, “Who Maddock?”

Maddock paused then suddenly blurted, “The devil himself!”

Liam whispered to Aidan, “Didn’t the devil meet Jack on the road?”

Maddock coughed. “Aye well, the devil gets around, no? So, Jack sat himself down at a table an’ had several pints of stout ale. Desiring another, he opened his purse but there was only enough coin for the drinks he’d already had.

Now the devil saw all the empty glasses an’ watched Jack turn out his pockets looking for more coins. He thought he’d be an easy soul to take for his own, ye see. Pulling up a bench, the devil sat beside Jack. So busy was Jack, he didn’t realize who sat beside him. The devil said, ‘Ye look troubled laddie. Can I help ye?’

‘I had a long and thirsty day. I worked the iron and I worked my fields. Now I’m too tired to go home for more money, but it’s thirsty I am.’

The devil stroked his pointy beard and said,  ‘I’d like to help ye laddie, but I dinna help unless there’s something in it for me.’

Jack finally noticed of the pointy beard. He looked at the floor and saw the cloven hoofs. Though he pretended to be confused and befuddled by drink, Jack knew who the devil he was talking to!”

Chuckles and giggles went around the fire at the play on words.

“Now, Jack was in the mood to play one of his tricks. He knew this creature could turn himself into any form he wished an’ he thought a moment before saying, ‘I’d sell my soul for one more coin to buy another pint.’

Well, no finer words could be spoken to a devil out hunting souls. He said, ‘Ah, there is something I can do for you after all, laddie. I’ll turn myself into a coin so you can buy your last drink, then I’ll change myself back an’ your soul will come with me to Hell.’

Jack scratched his nose, then he scratched his chin, then he picked up his empty glass and drained the last drop from it. He licked his lips looking wistfully at the jug the barmaid carried. Then meeting the devil’s eyes, he said, ‘I’m in the mood for a good bargain such as that!’

In a flash, the devil changed himself into a gold coin. And just as fast, Jack grabbed it up an’ stuffed it into his wallet!”

Aggie was wide-eyed. “Couldn’t the devil get out again?”

Maddock chuckled, “Oh no, ye see inside that wallet was a copper sator square.”

Aggie turned to her father. “I don’t know what a sator square is, Dad.”

Maddock nodded, “Aye, and it bound the devil inside Jack’s wallet for ten whole years.”

Aidan whispered to Liam, “Didn’t Jack trick the devil up a tree?”

Narrowing his eyes at the pair, Maddock continued, “At the end of ten years Jack opened the wallet an’ said, ‘Tell me ye won’t be taking my soul to Hell will ye. Make your vow, devil. Tis the only way I’ll be releasing ye.’

The devil laughed, ‘Damn my eyes you’re good. Yes, ye have my word on it!’

With that Jack released him. So years and years passed and eventually Jack grew to be an old man. One day the devil appeared an’ said to him, ‘I’ve been a watchin’ you since the day you released me Jack. So ye love playing tricks, do ye?’

Jack chuckled, “Aye. As long as they bring harm to none, I do.” He’d always loved a good prank, ye see, but was always careful not to hurt another in the process. That’s a good way to be no?”

“Well, do ye believe it, the old devil laughed! ‘I like tricks myself’, says he. ‘If I canna make ye stay with me, at least come for a visit. We can discuss the fine art of trickery an’ maybe I’ll get some new ideas.’

Jack thought a moment. He was an old man with nothing better to do. He no longer worked the forge an’ farm. That hard work now belonged to his strong sons an’ grandsons. As long as he didn’t have to stay to in Hell, he might enjoy listening to the devils exploits now an’ again. Especially in the fall when his old bones ached an’ the heat would feel good. He said, ‘Alright. If I don’t have to stay, I’ll visit ye.’

Reaching into his pocket, the devil pulled out an ember that would never burn out. He handed it to Jack who promptly dropped it on the ground.

Blowing on his singed fingers, Jack tipped his head to the ember an’ asked, ‘What am I 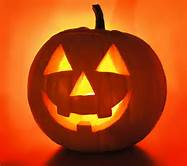 supposed to do with this?’

‘Alive or dead, your soul canna see to find its way unless I bring ye myself. Carry this with you an’ for one night each year you’ll be able to find your way to my world an’ back.’

‘Fair enough.’ Jack told him. Taking an old turnip from the field, he carved out the center an’ then whimsy took him an’ he carved out eyes, a nose, an’ a mouth. He carefully placed the ember inside where it made the little lantern’s face glow.

“Aye, an’ every year you’ll see Jack walking at night with his smiling lantern lighting his way to Hell.” 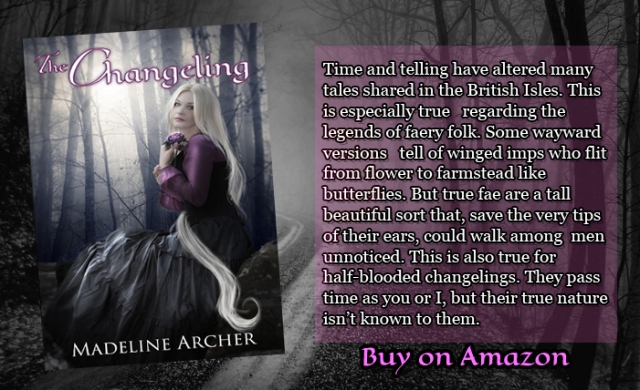 A 5-star review of The Changeling! ♥My other new release~Heart of Stone part of the Entice Me anthology~ a multi-author collection is on sale for 99¢.

“When you get to the end of your rope, tie a knot and hang on.”
~Franklin D. Roosevelt

Rose Anderson is an award-winning author and dilettante who loves great conversation and delights in discovering interesting things to weave into stories. Rose also writes under the pen name Madeline Archer.
View all posts by ~RoseAnderson →
This entry was posted in Past Posts - you'll never know what you'll find and tagged halloween, jack-o-lantern, Madeline Archer, Rose Anderson. Bookmark the permalink.