Two new works out today! Boy these tales took a while to go to print. Finding words isn’t an easy thing sometimes,  especially when life throws you a curve. Both were nearly completed when my old puppy’s health started to fail.  Her heartbreaking loss derailed my thought train for a while. She was my companion for nearly 15 years.  Making a commitment to the month-long A to Z Challenge this past April got me writing again.

Anyway… I’m very proud of both stories. I really love making the fantastical seem perfectly normal. Both are written under Madeline Archer. Madeline’s next adventures include a new book trailer for The Changeling and taking part in another multi-author anthology coming in time for the holiday season. Rose Anderson is taking a break. 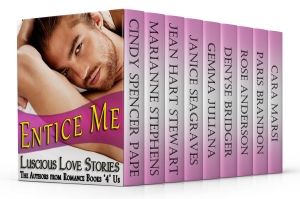 As formal education for women lacks substance in 1904, Neila Flannigan leaves Ireland to attend Radcliffe women’s college in America. Shy and introverted, Neila passes her lonesome hours sketching the Harvard grounds and sending drawings home to her father. A chance encounter with a kind and elderly Irish woman inspires her to sketch a statue in an old, unused building. Desperately lonely, Neila ends up sharing her thoughts and feelings with a man carved in stone. Some days it feels like he listens.

Heart of Stone~ Part of the Entice Me anthology
A multi-author collection for 99¢!
Buy on Amazon 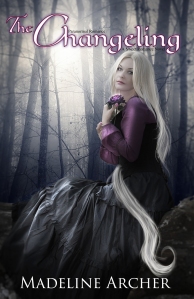 Blurb~
Half-fae Lenox Pendry is surrounded by secrets and none are his to keep. Plucked from his mother’s arms as an infant and raised a changeling, Lenox grows to adulthood unaware of what and who he is and oblivious to the danger unfolding as his birthday draws near. After he’s unwittingly sent to the Scottish Lowlands out of harm’s way, he chances to meet a beautiful healer named Janet Roxburgh. The townspeople believe her to be a witch. It would appear Janet has a few secrets of her own.

The Changeling
Buy on Amazon

♥♥♥ CHECK OUT OUR ENTICE ME CONTEST!♥♥♥
In honor of the first anthology by the Authors of Romance Books ‘4’ Us, we’re running an additional October contest (I mention our regular monthly contest below).
Prizes include a $100 Amazon Gift Card and a terrific “super power” Romance Reader or Romance Author t-shirt. If you’re into romances, the t-shirt will make you smile.
There are three ways to play!

If you missed me at Author Denysé Bridger’s Fantasy Pages this week,
Read my post here.

>>NEW this November<<
We’d Rather Be Writing – a multi-author cookbook and time-saving tips.
Kindle pre-order now. Paperback on the way. 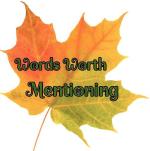 Does’t thou love life? Then do not squander time, for that is the stuff life is made of.
~Benjamin Franklin

Rose Anderson is an award-winning author and dilettante who loves great conversation and delights in discovering interesting things to weave into stories. Rose also writes under the pen name Madeline Archer.
View all posts by ~RoseAnderson →
This entry was posted in Past Posts - you'll never know what you'll find and tagged contest, Entice Me anthology, Heart of Stone, Madeline Archer, Romance, romance authors, romance readers, Rose Anderson. Bookmark the permalink.