The A to Z Challenge – L for Legends or Lies #atozchallenge

Americans love their mythology. Who doesn’t know the one about George Washington chopping down his father’s favorite cherry tree to try his new hatchet, then going to his father to confess the crime because he couldn’t tell a lie? Or how about the one where Abraham Lincoln walked five miles to return a penny to a woman who overpaid at his store? These stories aren’t so much lies as they are character reference. Oh for the days when politicians were so honest.

History has always been padded by the storytellers. That’s what storytellers do, they tell stories. With finesse a storyteller can bend the facts and suddenly a brave act becomes a courageous one. Bending and twisting the facts happens all the time, like so: The argument with one person becomes fending off a mob. A simple scenario goes from potentially dangerous to downright harrowing. The collective stories of many intelligent men can be assembled to make one man divine or another a prophet. Unknown literary works can finally be attributed to someone. And a few chosen words can mean the outwardly unexplainable is magic, a miracle, or the work of the devil. Stories also have the capacity to make or break a reputation. We see this in action in tabloids at the grocery store checkout each week. But no matter where they start, it’s true that stories grow with the telling. Take the American Tall Tale where a few facts are inflated to preposterous proportions, and that’s the point.

Four Famous Figures from History Who May Not have been Real

King Arthur ~ Most people know about King Arthur of Camelot, his trusted Knights of the Round Table, and the twelve battles he won. There’s something to be said about a brave king who seats his knights at a round table so all are equal. But historically speaking, the “facts” about him just don’t add up. Facts that do exist suggest Arthur’s exploits actually belonged to two earlier kings, Ambrosius Aurelianus and Riothamus, as well as to the Roman general Lucius Artorius Castus. 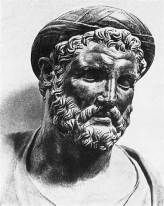 Pythagoras’ Theorem. Supposedly this philosopher and mathematician lived during the 5th and 6th century B.C. E. but here’s where the tale gets dodgy. The stories about him mesh with myth and the supernatural and therefore are suspect. One such tale declares him the son of the god Apollo, and another describes him as having a  thigh made of gold. Chances are, if he existed at all, Pythagoras was an exaggerated character, a figurehead for a god cult like the rest of the demigod offspring born off Mount Olympus. By the way, evidence shows the Ancient Egyptians did the math long before his name was put to it. 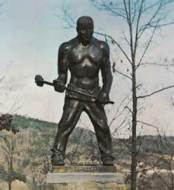 John Henry~ One of the American Tall Tales is John Henry, a giant steel drivin’ man. As the story goes, this former slave and steel-driver took on a steam drill in a race to construct a railroad tunnel. Taxed to his physical limit, John Henry narrowly won the battle with the machine then promptly died with his sledgehammer in his hand. Now there was a man named John William Henry, a former slave who did die during the construction of the C&O Railway in Virginia, but there’s no proof he was the same guy and he raced a machine. He wasn’t a giant either. The real John Henry stood a little over five feet tall.

Errol Flynn whenever I think of Robin Hood). The well-known story describes this outlaw as a follower of King Richard the Lionheart. Other stories say he was the Earl of Huntingdon and even a Knight Templar, but researchers can’t find enough to confirm his existence. Most historians believe Robin Hood and his merry men were simply a collection of medieval myths. Everyone loves the underdog, especially one that fights oppression.

More~
Six more people from history who may not have existed