The A to Z Challenge – D for Dreaded Sweat #atozchallenge

Epidemiologists have been busy of late. If you didn’t already know, epidemiology is the study of the incidence and prevalence of disease in large populations. Large scale outbreaks and isolated pockets of disease have always been a part of the human experience. We’ve had our outbreaks, scourges, and plagues throughout history and most were horrific. If one thing is true it’s that the earth is a vital organism consisting of checks and balances.

On a relatable scale, a bountiful year of rabbits will produce a bountiful population of foxes the following year. When the rabbits are all eaten, the fox population crashes. Likewise, when human populations increase to the point of crowded non-sustainability, there’s a very good chance a microbe will enter the scene and knock those numbers down. Take today. The past two years have had all sorts of such headlines: Ebola, the H1N1 Virus, Chikungunya, Dengue Fever, a strange paralyzing infection affecting children like Polio, a Measles outbreak, Lyme Disease, the MRSA superbug, and most recently– a super stomach bug called Shigella sonnei. We have our own checks and balances — bacterial, viral, or vector transmittable diseases. We’ve always been vulnerable. Sometimes we get lucky and an outbreak will fizzle. Sometimes luck doesn’t even enter the picture.

A 16th c.  scourge: the Sudor Anglicus (Latin for the English Sweat) also known as the Dreaded Sweat. 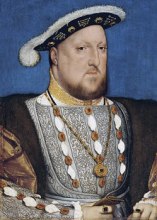 King Henry VIII was somewhat a germaphobe. Were any sign of disease to appear, he’d skip town. It’s said he kept on the move, hustling himself from house to house until all signs of infection were gone. He live at a time when the Bubonic Plague made regular rounds so it’s understandable that he’d be skittish. When then love interest Anne Boleyn came down with a mysterious illness, he naturally worried for her. From the next county.  Anne wasn’t the only one stricken by this baffling and extremely deadly disease, but she was a rare survivor.

The Dreaded Sweat first appeared in London in August of 1485 and by October thousands were dead. Physicians at the time didn’t know what to make of this scourge. It was unlike the various sicknesses regularly plaguing the known world for generations: bubonic plague, small pox, yellow fever, cholera, and typhus. This one came on extremely fast, seemingly passed by infants and children and was almost always fatal.

Written accounts say it started with 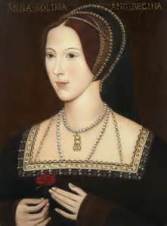 apprehension– a general sense that something was wrong. Chills were followed by violent trembling that led to exhaustion and severe pain all over the body. Then the drenching sweat came on. In short order a headache, light-headedness, breathlessness and racing heartbeat, a “fevered giddy delirium”, a sense of extreme heat and an insatiable thirst followed. Those stricken would then fall to sleep and die. And all that took less than a day. Sometimes death came in just a few hours. Curiously, some accounts mention it was imperative to have the right amount of blankets on.  In 1528 Du Bellai, the French Ambassador to the English court wrote of Anne Boleyn’s chamber maid,

“… was attacked on Tuesday by the sweating sickness. The King left in great haste, and went a dozen miles off. This disease is the easiest in the world to die of. You have a slight pain in the head and at the heart; all at once you begin to sweat. There is no need for a physician: for if you uncover yourself the least in the world, or cover yourself a little too much, you are taken off without languishing. It is true that if you merely put your hand out of bed during the first 24 hours…you become stiff as a poker“.

What a bizarre correlation. Though it’s an odd association to make, when nothing about the disease makes sense, this stab in the dark is as good as any.

In 1528 the Dreaded Sweat returned full force. Once again it started in London and quickly spread over the whole of England. The rapid onset and high mortality rate was such one Tudor chronicler commenting on how fast the sick fell, said,

Some within two hours, some merry at dinner and dead at supper.

It came and went for 45 years, but the disease disappeared after that last outbreak in the summer of 1528.

So what was it?

The Dreaded Sweat has some similarities to Anthrax and for a time was thought the afflicted contracted the disease from anthrax spores in wool. But there were more substantial clues to follow. For instance ~

Each time the Dreaded Sweat appeared, it came 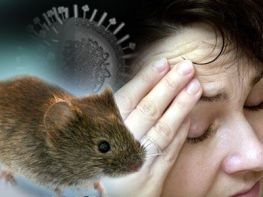 in the summer and hit rural areas first. This suggests a rodent may have been the cause. Because of the timing and onset location, epidemiologists believe it might have been a form of the Hanta Virus whose primary host is the deer mouse. The Dreaded Sweat typically killed strong and healthy adults. The Hanta Virus does the same. The onset to death was unbelievably quick. It’s the same for the Hanta Virus.

History knows Henry Brandon, duke of Suffolk died in the epidemic of 1551 and was buried in a cemetery that still exists. It was thought the Hanta Virus RNA (like DNA) might be found in his remains, but there are no plans to disturb the grave searching for it. There isn’t a need. The Four Corners area of the USA (where the states of Colorado, Utah, New Mexico, and Arizona butt against one another) was hit by a similar outbreak in the summer of 1993. That disease was Hanta Virus (hantavirus)

How infectious disease is measured. The Bradford Hill criteria.

England Under the Tudors — Sweating Sickness

Join me on my satellite blog April 8th – 17th http://calliopeswritingtablet.blogspot.com/
Authors’ lives outside of the books we write are often as interesting as the worlds we create. One of the more unusual things my husband and I have done was lead wild foods programs for Chicago’s Field Museum. For this event I’ll be sharing my recipes. I hope you stop by. There are lots of prizes and you might have delicious ingredients waiting in your backyard. 🙂