On the Grimm side 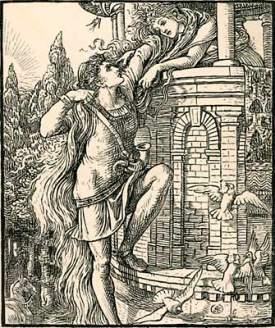 I love fairytales. Beauty and the Beast and Tam Lin are my absolute favorites. My work in progress is an adult spin on Tam Lin. Some day I might actually finish it. Ha. When my muse returns perhaps. Grief derailed my thought train over the summer and boy I’m having a hard time getting it back on track.

Anyway…
A few months back I stumbled across a National Geographic page about the Brothers Grimm.  I bring it up today because on this day in 1812 Jacob and Wilhelm Grimm published their Grimm’s Fairy Tales. In case you’re not familiar with this pair of folklorists and their works, Jacob and Wilhelm Grimm scoured the German countryside for fables and legends. Most people think that was a done deal — they found the stories and wrote them down for all of us to enjoy. Nope.

First off, most fairytales we know began as object lessons or cautionary tales of cause and effect — You do A and B might happen.  Secondly, Jacob and Wilhelm did a lot of editing and embellishing to these tales that were hundreds of years old. A lot of the oral traditions they came across were  steeped in old pagan religion that did not involved the Christian church worldview. In keeping with their own personal beliefs, out went anything that might offend the religious sensibilities of readers in the early to mid 1800s, and in went the parable.

Today we know fairytales far removed from their original telling. We’ve been treated to the Disney spin — Fairies come to help. Happy ever after rules the day. The real Grimm fairytales are…well… grim. Rapunzel got herself pregnant and the witch was furious. In another story a mother is so hungry she intends to kill and eat her daughters. In yet another story, two little boys pretending to be butchers has one accidentally killing his little brother. In comes mom who leaves her other baby in the bath to drown just so she can stab the offending butcher boy. Then when her sense returns she find her three children dead goes and goes off to hang herself in despair. And guess what happens when dad gets home? Yes, he’s so despondent he kills himself. Sheesh, talk about a bedtime story. Dream on that imagery sweetheart. G’night.

This site has information on the story origins and offers different versions. I think it a worthwhile read. http://germanstories.vcu.edu/grimm/grimm_menu.html

If you’re a fan of Beauty and the Beast like I am, I plan to watch this version over the holidays. 🙂 A full video with George C. Scott as the Beast.

And this too. It’s told in two parts. Follow the link in the description.

The best telling I’ve seen so far is the old black and white French version from 1946. La Belle et la Bête. Surreal camera work. The library can hunt it down for you. It’s dubbed in English. 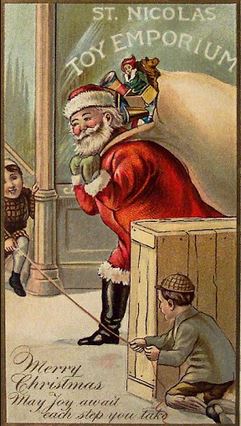 As mentioned earlier this month, my husband and I are building a vintage postcard scrapbook — one postcard at a time. The album covers 100 years from 1860 to 1960 and has many slots yet to be filled. In the spirit of the season from now until New Year’s Day, I’ll share cards from my collection. Scroll down to see previous posts. Subscribe to get them in your inbox.

And while you’re there, sample my scorching love stories for free too!

2 Responses to On the Grimm side