Blame it on the Bovine 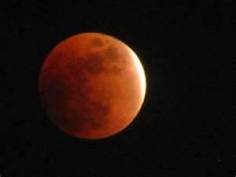 We did go out pre-dawn this morning to watch the full lunar eclipse with the selenelion (see yesterday’s post). It was grand to see the eclipse while the sun rose directly across from the moon. The blood moon all but disappeared against the pale morning sky. By the time the sun broke the horizon line, the moon was just a sliver above the tree tops. And it was cold. 😀

If you’ve been to my blog before, you know I often mention growing up in Chicago. I haven’t lived there in nearly 34 years but I do enjoy returning now and then. The diverse city is filled with wonders: world-class museums, renown zoos, and all sorts of theater. There are also beloved sports teams, outstanding architecture, and giants in trade and commerce. It also has prohibition gangsters, a baseball curse, Chicago-style hotdogs and pizza, and its own jazz. The city has always been noteworthy.  😉

Before 1833, Chicago was a land occupied by several native populations. The European encroachment saw a trading post and a fort built there. This was prime real estate with access to major river ways and lakes. Approximately ten years later, Chicago was a very important railway and waterway hub and goods and livestock came and went. From the north woods came lumber. By 1848 the Illinois and Michigan Canal connected the Great Lakes to the Mississippi River. From there an easy paddle boat to the Gulf of Mexico where goods from all over the world were sent back upstream. Needless to say, with all that business happening, Chicago grew quickly. And it was mostly made of wood.

Before I married, I worked at the Chicago Historical Society just to take it all in. The city has rich history and so does the land it sits on.  The scope and breadth of which I’ll leave for future posts.  🙂

The reason I’m talking about Chicago today is because October 8th is the anniversary of the Great Chicago Fire.

There was a rather intense drought that summer in 1871. Records say from July to early October, less than three inches of rain had fallen. The small district firehouses were kept busy stomping out small blazes here and there. The dry wind didn’t help. On October 7th, a blaze took off and the firehouses were called to put it out. It was a grueling endeavor but the city was saved from a major disaster. The following day, they were simply too exhausted for what was to come.

As the story goes, a fire began in a barn owned by the O’Leary family. The culprit — the cow.  She is said to have kicked over the lantern at milking time.

However it began, fueled by drought and high winds, the blaze was completely out of control by the time the tired firemen came. It rampaged northward destroying three and a half square miles of the city. People took refuge as best they could by boat or by standing in the waters of Lake Michigan as the flames lit the sky. The city burned for 36 hours and would have likely kept going had not rain came on October 10th. In the end, more than 18,000 structures were destroyed, and a full third of Chicago’s 300,000 residents lost their homes. Some people were never found and it’s said at least 300 perished.

An outpouring of charity dollars came in from around the world and Chicago rebuilt itself bigger that ever. It was also better planned. The new Chicago was built with parks, tree plantings, and other amenities, and lots and lots of bricks. The world would see it in all its glory in the World’s Fair Colombian Exposition of 1893. You can read my post on the Colombian Exposition and the White City for more details on that.  Just scan the tag cloud to the right to find either tag and it’ll take you to that post.  🙂

Here’s a interesting clip. If you don’t see the video here, follow to the PBS site to watch.

Here’s an excellent site for all the details
http://www.greatchicagofire.org/

Here’s another with pictures
http://www.chicagohistory.org/history/fire.html

What the insurance companies of that era thought about it all (audio)
https://librivox.org/great-chicago-fire-by-charles-cole-hine/

The very same day a fire broke out in Peshtigo, Wisconsin. More than 1,200 people perished. Here’s a news clip with a recap.

For 100 days, I’ll post something from my chosen topic: Clichés.
There are 22 entries to come.

Here’s a cliché for today:
All up in smoke

My monthly post is still up at Romance Books ‘4’ Us. I’m talking about Autumn as the Season for the Senses. I’m offering a very nice fall recipe too. Come see!
http://romancebooks4us.blogspot.com/2014/10/a-season-for-senses-by-rose-anderson.html

Dessert Recipes and Advice on Love and Writing
In paperback and ebook. The e-version of our cookbook is sold everywhere for 99⊄. See My Other Projects page above for links to various formats.
http://www.amazon.com/Bake-Love-Write-Authors-Dessert-ebook/dp/B00NO2DPTY/
We hit #2 on Amazon’s Bestseller List!

<– This is not a lag. It’s a statement. Learn how you can help stop the pending internet takeover by heavy-hitting, well-funded Washington lobbyists. The FCC is taking comments now and wants to know what YOU think. Learn what’s at stake and how you can give your opinion to the FCC.
The window to be heard is ending soon.
http://www.savetheinternet.com/net-neutrality-what-you-need-know-now

4 Responses to Blame it on the Bovine