I’ve been trimming my magnum opus, that enormous as-yet-unnamed multi-book work I’ve been writing for nearly a decade now. I set it aside unfinished roughly four years ago to delve into the romance genre. If you’re here for the first time, that’s how I became a romance writer. I wrote something else!

There was method to my madness. The romance genre was the fast track into the business. I wanted to learn how to write, edit, promote, and all the other things authors must do, because it’s all on the author’s head now. The days of writing a novel and someone else handling the rest are long gone.  I’ve learned a lot from traditional publishing to self publishing, including marketing, social media, and web design. I was ignorant of all of this before romance. The reason I went in this direction is to know what I’m doing before my magnum opus is published.

There are days where I can just kick myself for not starting earlier. I take that back, I started early enough, I just got bruised by the NY publishing houses when I peddled my illustrated children’s books. That set in motion years of doubt in my ability to tell a story. Silly, I know. For someone who never set out to write romance, it hasn’t been a bad experience at all. I’ve even won awards for my works. That surprised me, let me tell you.

If you’re one of the blessed people who have read all seven of my novels, thank you. I’m sure you’ve noticed that no two stories are alike. Each one is set up differently and each one empirically tests some aspect of the writer’s world. My first, Hermes Online was a hook to catch a publisher. It worked and gained a Reader’s Choice Award. When my rights revert to me next year, that one will go by the wayside.  It’s what I would call a fluff piece — an artsy-cute, hyper-sensual story– but an enjoyable fluff piece written for attention. If I re-release it at all, I will rewrite it first.

My second, Dreamscape, was a story hidden in a story to see if anyone noticed. And readers did, I’m very happy to say. When my rights return to me, I shall add the things I was told to remove. Not because I know better, but because I think my publisher’s editor was very young and didn’t know or understand the historical aspects I was referencing. I’ll also remove a few gratuitous scenes I was told to insert. Gratuitous scenes mostly add pages, not story. Then I’ll run the whole story by my editor and see what she makes of it. She understands my “voice” and knows historic detail inside out.

My third, The Witchy Wolf and the Wendigo, was testing a trend, the paranormal trend. When I first became a writer, vampire love stories were waning and anything with a wolf was riding high. Strangely, this story wrote itself and I have my own theory as to why. I also discovered secondary characters in it who wanted a story of their own. This I designed to test the efficacy writing a series. I’m two books into it now. This is important because my magnum opus is a series — 5 books and counting.

My fourth, Loving Leonardo, was the result of this writer hearing a particularly intolerant news feed one afternoon. I actually stopped writing book two in the Witchy Wolf and the Wendigo series and immediately vented my exasperation on the keyboard. Would you believe I wrote the first draft of that entire 120356k-word, two-book story in 10 days? Apparently, indignation makes me write faster. And I’m a three-finger typist! This is my multi-award winner. I should get angry before I write every novel. 😀

I liked the mystery they were trying to solve and the clues in Da Vinci’s work. I was disappointed because there was very little sex. Rose Anderson writes the most joyous, fun sex I’ve read and I missed it in this book.

I truly love my fans. I am sorry she was disappointed, and how wonderful the compliment here. But death and loss just don’t write well for me as foreplay. You have to make those intimate connections where they make sense or all you’ve written is erotica.  As a romance reader myself, I think erotica on top of death would be creepy. A curious side note to this: would you believe that zombie romance is now the trend? Nope, I’m not testing that.

My most recent, Enchanted Skye, tests 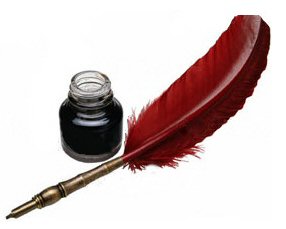 another trend –the New Adult trend that sprung up after the books Twilight and 50 Shades of Grey. (Those stories were written for the 18-23 year old crowd. Yeah, even 50 Shades). My Enchanted Skye characters are young. I learned something here, older readers don’t want young. Of all my stories this is the slowest starter, even thought it’s a cute and unusual tale. Had I written it with a different pen name I believe it would do better in the bookstores. Like the reader commented above, my fans have expectations.

Still testing, I started writing a “sensual” romance last year, The Changeling, and got derailed by my dog’s failing health. I’m a linear writer, that is, the story unfolds as I walk through it.  It’s  hard to go back and find the dropped thread of your imagination. I read it twice through and finally found where I was headed. I’m happy to say I’m almost done. Just a handful of chapters now to tie everything together. It would make an adorable movie. As a reader, I know if the chemistry between characters is good, then the slightest exchange can warm your imagination. The Changeling will be my first “sensual” story. Most of my books toe that grey line between sizzling and scorching. The industry gradings go something like this Sweet, Sensual, Sizzling, Scorching, Sextreme. I’ve learned something more from Enchanted Skye. If you cross genres or sub-genres, don’t take your pen name with you. Invaluable to know.

So today I’ll try to knuckle down and get some headway on The Changeling. I’m thinking I should take in an hour of news beforehand to raise my ire. Or maybe not. I might end up setting The Changeling aside and whipping out Loving Leonardo book 3.   😀

Below find a link to a free sampler if you’d like to take a gander at the 1st and 2nd chapters of all seven of my novels in print. And then for something sweet and completely different, look on that same link for the Exquisite Quills Holiday Anthology. I have a sweet short story there– a spin on the Christmas tale as told through the real happenings on a neighboring farm in the 1930’s. I hope you enjoy.  😀

For 100 days, I’ll post something from my chosen topic: Clichés.
There are 62 entries to come.

4 Responses to An open book