Shooting for the moon

Today I’m having a mostly Wordless Wednesday. Forty-five years ago today, the USA launched a Saturn V rocket and on the very tip sat the Apollo 11 crew: Neil Armstrong, Buzz Aldrin, and Michael Collins. They were headed to the moon. There are many adjectives to describe the mission and those men in the astronaut program — extraordinary, genius, staggering, determined, hopeful, outrageous, and above all, incredibly brave.

I remember the moon landing and moonwalk that took place five days later. We were listening to the details of the landing on a transistor radio at a picnic and I was  in the process of getting a terrible sunburn that would make me sick for several days. I remember the far away sound to the voice coming from newly staked out Tranquility Base. It said, “The eagle has landed.” The next day, that astronaut, Neil Armstrong, would take a walk and become the first human to set foot on the surface of the moon. They’d leave a flag and footprints behind. By far, this endeavor ranks as one of the greatest achievements of mankind.
Enjoy the memories. For 100 days, I’ll post something from my chosen topic: Clichés. There are 69 entries to come.

Shooting for the moon 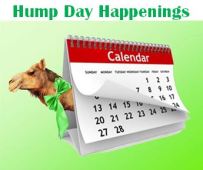 3 Responses to Shooting for the moon