Cheeky fellow has his day 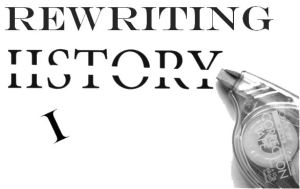 When I was involved with living history, a common belief among many was this curious thing about early Native Americans and the way they lived and hunted. It went something like this…

Before the colonials came, the natives lived in complete harmony on the land. When the natives hunted, they used every bit of the animal they killed. Nothing was ever wasted.

Hogwash. Societies  as we know them have never lived in complete harmony on the land. It’s always been about the exploitation of resources to ensure your own survival. If it needed to be drained, you drained it. If it needed to be cleared, you cleared it. When you exhausted your resources, you moved on. Likewise, if you needed to use the whole carcass you would. If you didn’t need to, you didn’t. People are people then as now — often wasteful and choosey. One only need to examine history’s midden piles (garbage dumps) to figure that out.

Think about this — an adult buffalo can weigh 2000 pounds.  That’s a ton. The carcass wasn’t a Walmart of ready-made things. It had to be processed and processing took time. I’ve made leather from raw hides. It takes days just to do that part of the processing right. There are historical accounts of tribes killing whole herds of buffalo at once. How many women do you suppose it took to drag their one-ton haul back to camp? How could they possibly have used each and every carcass completely? The Native American spiritual belief said honor the spirit of the life that fed your family and allowed your survival. Everything else about this story just isn’t true.

This isn’t the only way we clean up the less than perfect details. You see it in books all the time — the abridged version.  It gets worse.

Thomas Bowdler, (1754 -1825) was an English doctor of medicine and a philanthropist. As far as I know, he was known for two things: his book Family Shakspeare written in 1818, and the fact his name gave us the word bowdlerize.

Bowdlerize verb
to expurgate a written work by removing or modifying passages considered vulgar or objectionable.

Bowdler felt the vulgar parts written in the Bard’s 37 works were only there to titillate and appease the vulgar crowds of the day. So Bowdler took it upon himself to censure Shakespeare. The man even changed William Shakespeare’s name for his book Family Shakspeare. How’s that for hubris?
Here’s a sampling of the sort of changes he took it upon himself to make to another man’s work:

Part of the beauty of reading Shakespeare is discovering the grittiness. It’s the London streets, the stink of the Thames, the reek and coarseness from every corner of Elizabethan England. The Bard’s sense of humor and delicious innuendo are hidden between the lines.  I think William Shakespeare wouldn’t have appreciated this bowdlerizing censorship of his works. I think he would have punched ol’ Thomas Bowdler in the nose.

In honor of one of the greatest storytellers the world has ever known, I officially change Bowdler Day to Punch Bowdler in the Nose Day. If only he were here…  😀

My musings are still up on
Romance Books ‘4’ Us, do stop by.
My Family’s Living History

For 100 days, I’ll post something from my chosen topic: Clichés.
There are 74 entries to come.

2 Responses to Cheeky fellow has his day