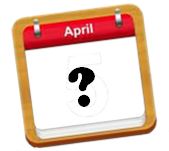 They say it takes 21 days to make or break a habit. That comes from the observation that it takes 21 days for amputees to stop feeling phantom limb pain. Imagine what 26 days of off-the-top-of-your-head writing does. Coming off the A to Z Challenge I looked at my laptop this morning and my fingers and brain itched to go hunt down some obscure facts so I could reassemble them into a morning A to Z post.  There are over 100,000 alphabets used in the world today. Imagine me doing the Khmer Challenge. The Cambodian/Vietnamese alphabet has 74 letters.  😉
I’m an info junkie who went on a month-long blogging bender. I’d better blog something before tremors seize me. lol

Anyway…I was just outside with the dogs in our usual morning routine and found the sun hidden behind a smooth cloudy sky. I love this defused light. The details of nature pop without bright sunlight and shadows. It’s like you’re seeing the world through polarized lenses. The green this morning could literally steal your breath, the visual statement, an exclamation really, is that bold. I was going to sit down with my coffee and write about my yard in the spring. Then I remembered I already did that two years ago. Here’s that post tweaked and polished. I hope you enjoy.

As the story goes, when god spoke to Moses from the burning bush, he revealed his true name. From the very moment of man’s first inkling he’s tried to put a name to the vast miracle of his own existence. A name is not merely an arbitrary designation or a random combination of sounds. The name conveys the nature and essence of the thing it’s been given to. It represents the history and reputation of the thing. But a name by itself just isn’t enough somehow. Moses may have been privy to the Name, but everyone else added the adjectives – all-seeing, loving, and almighty, are just the nice ones.

In school, we were taught to avoid overusing flowery language because too many adjectives and adverbs can ruin the reading experience. Well sure, I can see that. When the writer expounds for the sake of expounding, the reader’s brain has trouble making sense of it all.

Victorian writer and shameless expounder, George Bulwer-Lytton, whom I’ve mentioned before, left a few other memorable tidbits behind such as the well-known opener – It was a dark and stormy night…

For some unknown reason no one ever seems to mention the rest:

It was a dark and stormy night; the rain fell in torrents except at occasional intervals, when it was checked by a violent gust of wind which swept up the streets, for it is in London that our scene lies, rattling along the housetops, and fiercely agitating the scanty flame of the lamps that struggled against the darkness.

After dark a storm came, and sometimes in the wind there was a noise on the rooftops. You could see the streetlamps struggling to stay lit.

A half century more and Cormac McCarthy might have a go:

Nights dark beyond darkness and the days more gray each one than what had gone before. Like the onset of some cold glaucoma dimming away the world. The blackness he woke to on those nights was sightless and impenetrable. A blackness to hurt your ears with listening. No sound but the wind in the bare and blackened trees.

My mind has this ability to add and extrapolate. In Bulwer-Lytton’s description I can feel the wind but also see scraggly city trees bending from the force. Back-lit by the flames of flickering light, I see the slanted rain streaks on the street lamps’ glass panels and see shop shingles flapping like wooden flags. Over all that, I can imagine a dirty, sooty, 1830’s London with poor and ragged souls hovering in doorways. Chilled to their marrow, their cloaks sodden, they turn their backs to the cold and heavy rain.

In Hemmingway’s version I see an overall mild storm with the occasional gust that wants to extinguish the lamps. My mind doesn’t care to fill in or extrapolate here.

Even without the rain and gust-dimmed lights, in McCarthy’s few lines I see desolation. Again, the words are so tight, the image so compact, my imagination dabs away the tears and says “Enough already. I see it.”

I’m ok with all three but you can guess the one my imagination prefers – George Bulwer-Lytton’s.

I find adjectives and adverbs to be life’s jumbo box of crayons, you know, the super-sized box with the built-in sharpener on the back. These modifiers express feelings both physical and emotional. They give a reference point to interpret with. They describe and evoke. But most of all, they lend a tangible quality to the names of things — they color our world.

These thoughts came to me today, surrounded as I am with the many colors of spring. I live in the upper Midwest where the snows of winter have melted and the whole of nature is determined to get its show on the road. Just across the road I hear a bluebird. I can’t see him standing on his weathered pine birdhouse calling the attention of any female nearby, but I know his downy breast is a softly muted blue that turns sky blue at just the right angle. Outside my window, I see the cardinal in the cedar. He’s vibrantly red and his song…well, the only way to describe that sound is sweet. A rich sweetness that makes your heart ache just a little to hear because it’s that beautiful. My mind needs adjectives because I see and hear and feel the colors, textures, sounds, and beauty of life. I need them because I have feelings, and one size does not fit all.

A noun comes to mind as I sit here with spring all around me– Green. In spring one must spell it with a capital G. This isn’t a generic monotone color. Oh no, far more descriptors are needed here. The range and scope of spring green needs as many as language and imagination allow.

The newly budded weeping willow tree whips have filled with running sap and turned a yellowish-green. They’re also nubby with unsheathed catkins, each of which has the slightest reddish tinge. Hosta lily spikes of numerous varieties jut up from the ground in clumps and are mostly white-tipped emerald or jade. Lacy bleeding hearts appeared just last week and their stems are a plump hunter green shot with dark crimson edges. This morning I see a small string of pink heart-shaped flowers. Vibrant yellow daffodils have thick kelly green spikes and my mind adds another adjective here – succulent. This year’s cedar growth is dark, almost a shade of olive, but where the squirrels have been stealing bark for their nests, I see the yellow-gold cambium layer exposed in strips that run in long lengths up the trunks. After all these years the trees seem to take this vernal pillaging in stride.

The oak flowers are just emerging are not quite as yellow as the willow. The small bit of umber and brick red interspersed throughout tend to play a trick on the eye unless you purposely look for the green. Yesterday’s rain colored the bur oak’s corky bark. Each tree is riddled light and dark with damp and dry places. The rain also woke the pubescent moss and lacy-edged lichen of sea green that innocently grow all over the trunks and wait patiently for summer’s leafy shade. After 200 years, I do believe the oaks could care less.

By far, the most green comes from the lawn. As my house is surrounded by rolling fields, the lawn stretches as far as the eye can see. In two week’s time, I’ll look out on a dew-kissed morning and imagine I’m in Ireland because the whole of it will be dressed in emerald green. It will stay like that until the mature grass gets so tall it goes to seed and bends under its burden. That changes the color dramatically. The crabgrass and fescue are darker and thicker, more of a teal green. The small clovers and tiny weeds have their own variations on the theme. Describing the green of my lawn is a hard one because all the many shades collectively defy description. There just aren’t enough words for the job. Slender blades, newly sliced through the topsoil are the faintest and purest of all the greens in my backyard.

George Bulwer-Lytton could have run with this. Cormac McCarthy could certainly describe the emotion of the colors here. I think it might have been lost on Hemmingway. Or maybe he’d just keep it to himself.

Our May contest is on. We’ll have 1 winner for a total of 15 prizes including giftcards, ebooks & more. http://www.romancebooks4us.com/