The A to Z Challenge is on! Hello and welcome to my Main blog. My name is Rose Anderson and I’m a romance novelist. Join me and more than 2279 bloggers and authors as we blog the alphabet throughout the month of April. My daily posts will be mostly history with some science topics here and there. I’ve chosen subjects that tickle my fancy and I hope you will find them interesting too. 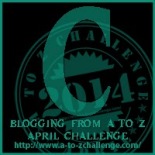 Waste and habitation have always gone hand in hand. Humanity’s sloppy habits reveal themselves in our midden piles, cesspits, latrines and the like. Somewhere along mankind’s history someone decided this waste could be washed away by water and so the short-sighted habit of polluting waterways with human excrement began. Woe be to anyone downstream. Unfortunately this out of sight out of mind mentality came with dire consequences — the spread of disease.

In Victorian London of 1854, the prevalent view on disease origins wasn’t on germ theory – that idea that microbes were causes of disease. That would come later in the century with Pasteur and others blaming germs for all manner of ills.  Doctors and scientists in the mid-1800s were still going by the erroneous opinions of the Roman empire’s own Greek physician, Galen, who believed disease was caused by air-borne miasma.

Example: It wasn’t the bacteria in the water you drank that gave you a deadly case of diarrhea. The fetid smell of the nearby cesspit was to blame. It sounds rather ridiculous now, but if you think about it there was a sort of truth to that suspicion. We often use our noses to determine if something is spoiled and if presented with a choice, we certainly wouldn’t eat or drink something that smelled bad. I think this long-standing miasma belief was instinctual — a subconscious intuition that bad things could come from foul pools of stagnant water and we should steer clear. Today we know without a doubt that mosquitoes are vectors that transmit many diseases. Mosquitoes breeding in stagnant pools give us Malaria, Yellow Fever, West Nile, Dengue,  Filariasis, and several varieties of Encephalitis.

So back to London…
High population and lack of proper sanitary services saw London’s Soho district’s cesspits overflowing that hot August of 1854. It was so bad in fact, the summer was referred to as The Great Stink because of it. As everyone believed bad smells caused disease, what else to do but flush those cesspits right into the River Thames.

Just prior to the flushing, the residents in one area were hit with a small outbreak of profuse diarrhea and vomiting of clear fluid (literally gallons a day until they either recovered or died). After the raw sewage waste of the infected was washed into the river, it contaminated the public water pump and an epidemic began. In a span of a week a full 10% of the very crowded neighborhood perished.

Local physician, Dr. John Snow was a longtime skeptic to the miasma theory. For years he tried, unsuccessfully, to convince his peers cholera was a water-borne disease. Seeing opportunity for answers with this localized outbreak, he teamed up with Reverend Henry Whitehead (a man who knew just about every man, woman, and child in his parish) and began asking questions. They soon discovered the afflicted drew water from one specific pump. Dr. Snow confirmed the contamination by viewing a water sample through his microscope and finding the boomerang-shaped bacterium — the same bacterium present in the bodily fluids of the sick and dying. On a hunch, he lobbied for the pump handle to be removed.

In John Snow’s letter to the editor of the Medical Times and Gazette, he said this:

On proceeding to the spot, I found that nearly all the deaths had taken place within a short distance of the Broad Street pump. There were only ten deaths in houses situated decidedly nearer to another street-pump. In five of these cases the families of the deceased persons informed me that they always sent to the pump in Broad Street, as they preferred the water to that of the pumps which were nearer. In three other cases, the deceased were children who went to school near the pump in Broad Street.

With regard to the deaths occurring in the locality belonging to the pump, there were 61 instances in which I was informed that the deceased persons used to drink the pump water from Broad Street, either constantly or occasionally. The result of the inquiry, then, is, that there has been no particular outbreak or prevalence of cholera in this part of London except among the persons who were in the habit of drinking the water of the above-mentioned pump well. I had an interview with the Board of Guardians of St James’s parish, on the evening of the 7th, and represented the above circumstances to them. In consequence of what I said, the handle of the pump was removed on the following day.

Here’s a TED Talk from an author who wrote a
fascinating book on the subject. I recommend.

More:
With the Help of Victims From 1849,
Scientists Decode Early Strain of Cholera
You may ask yourself why anyone would reproduce deadly diseases in the laboratory.
The simplest answer is when you understand how a pathogen works,
you better your chances of fighting it.

Join me on my satellite blog April 7th – 12th 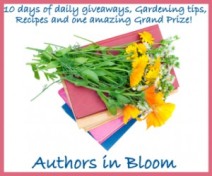 http://calliopeswritingtablet.blogspot.com/
Authors’ lives outside of the books we write can be as interesting as the worlds we create. One of the more unusual things my husband and I have done was lead wild foods programs for Chicago’s Field Museum. For this event I’ll be sharing my recipes. I hope you stop by. You may have delicious ingredients waiting in your backyard. 🙂

I’m winding down on the 100 Things Blogging Challenge!
For nearly 100 days,

I’ve post something from my chosen topic: Words on the Verge of Extinction. There are 9 entries to come.

Vanmost (adverb 1865)
in the front; foremost