For the next few days I plan to venture in another direction with symbols, but I’ll return to luck and prognostication before the series is done. I must have a subconscious vault of these things in my head. I’ve read a lot in my lifetime but never consciously addressed them all. Every time I think I’m near the end, I think of more. I could devote another month to luck and divination alone.

I write my blog each morning with a cup of coffee and a fresh mind. My daughter spent the night and was sitting across from me for a little while this morning before she left for work. When she was still living at home, she’d read me headlines and funny things to start the day with. She did so today. This morning she read a response to a particularly ugly and ignorant restaurant owner in Oklahoma who has decided who can and can’t come into his establishment. It all came to light with a disabled man in a wheel chair being ousted from the place because he was a moocher on the system with his disability payments. The owner says he Won’t Serve “Freaks,” “Faggots,” or the Disabled. I can’t see how this is legal. This is one more instance where I am sincerely embarrassed by what goes on in my country. Jeeze it’s 2014 for crying out loud.

Anyway, the internet backlash has been grand and his hatred will either do what it did for Chick fil A where both sides on an issue make a public show of support, or shut him down. I know what I’d prefer. I would love to see less hatred in the world. This incident got me thinking about actions. 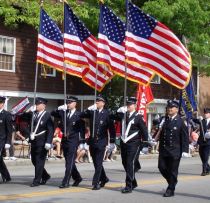 I really enjoy parades. The whole thing — the marching cub scouts and Brownies, the fire trucks, the beauty queens, the veterans, the horse riders’ club, and the Shriners on their flying carpet go-carts. Even the classic cars filled with politicians no one knows adds to the charm. I admit there have been times in the past where marching bands have made me weepy with emotion.

When I was a child growing up in Chicago, many neighborhoods had their own small parades. We had two in mine — one to honor veterans and the 4th of July parade. When the marching color guard bearing the flags of the nation, the state, and the city, started off the parade, everyone stood. As the American flag marched by, hands were placed over our hearts and hats were removed in an observance that conveyed respect. That type of symbol is called symbolic action.

Life in society is filled with examples of symbolic action both large and small, and we often see it playing in the background of our lives. The actions of the aforementioned bigot say he believes he’s exercising his personal freedom yet he’s actually showing the world a symbol of his astounding ignorance.

Here are a few more: Men shaking hands firmly is a show of vitality and strength. Men opening car and restaurant doors for their female counterparts is a display of regard. A parishioner who takes communion symbolically takes their faith’s iteration of god into themselves (religions of all faiths are loaded with symbolic actions). Offering one’s seat to the elderly on public transportation is a symbolic action of respect. Bending to your knee to propose marriage is a symbolic action that offers fealty, the roots of which are buried in knighthood. Even your man saying here, let me open that stubborn jar for you is a symbolic action of strength under the general kindness.

There are other symbolic actions that speak louder than words. Nero fiddled while Rome burned. Rosa Parks took her seat on the bus. Ghandi employed nonviolent civil disobedience to change the face of India. Protest marches and sit-ins speak of strength in numbers and often have the power to change things a single person cannot do alone. The weighty power of consumer protest can stop things like cruel animal testing, worker injustices, discrimination, or environmental travesty. Flag burning loudly proclaims disrespect or downright hatred for a country. Burning effigies often say the same. Hunger strikes declare the issue at hand is more important than the individual. I remember when the Buddhist monk horrifically set himself on fire in 1963 to protest the war in Vietnam. A larger symbolic action doesn’t exist.

We occasionally see symbolic action presented in what people wear

and decorate with — flag pins for national pride, red ribbons for AIDS and pink ribbons for breast cancer awareness, and yellow ribbons tied around trees for solider come home. Not to mention those large cheese hats for Green Bay Packers’ pride.  🙂   And that’s just the modern stuff.

I’ll leave you with this well-known annual symbolic action.

You can learn more about Guy Fawkes and Bonfire Night here.
Wearing a Guy Fawkes mask is now a symbol of modern protest in other parts of the world.

Tomorrow ~ a peek at ancient shamanism.

Another 100 Things Blogging Challenge! For 100 days, I’ll post something from my chosen topic: Words on the Verge of Extinction. There are 58 entries to come.

Oh writer’s block, thou art a wretched thing. Where is spring when you need it? In an attempt to keep writing beyond the blogging, I’ve been dabbling in flash fiction with word limits. It doesn’t come easy to the Wordie I am, but it’s very good practice for my future plan of a book of short stories.

A week or so ago, I stumbled across a great group of writers on Facebook and they have weekly memes to write for. Today is Tantalizing Tuesday.
http://calliopeswritingtablet.blogspot.com/ 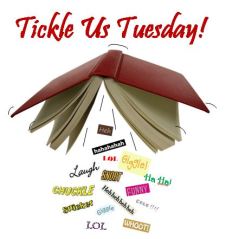 It’s a day to be tickled on the Exquisite Quills blog! In 300 words or less taken from the pages of their novels, authors gather to share a snippet that will bring you a smile, incite a giggle, or make you laugh out loud.
http://exquisitequills.blogspot.com/

Free to join us each week
Wash Line Monday

Click on thetab at the top of the screen for more info.

Sample my love stories for free! 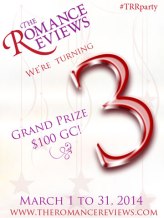 Rose Anderson is an award-winning author and dilettante who loves great conversation and delights in discovering interesting things to weave into stories. Rose also writes under the pen name Madeline Archer.
View all posts by ~RoseAnderson →
This entry was posted in Past Posts - you'll never know what you'll find and tagged protest, Romance, Rose Anderson, symbolic action. Bookmark the permalink.

8 Responses to The ultimate expression