Telling a story in a nutshell

If this is your first time here, I’ve taken a break from regular postings on my other blogs because I have too much to do and only one of me doing it. As authors need to maintain their presence, I’ve kept this blog active during this insanely busy month. Contrary to popular opinion, I haven’t worked out that cloning process just yet. Dream on, Rose, dream on…

I found a file filled with short blog posts yesterday and thought I’d talk about what they’re for. If I hadn’t taken December off, I’d be joining the mini hops that are all over the web each week. I enjoy them and stats show they generate sales. What’s more, they keep me sharp and well-versed in my merchandise. lol that sounds funny to say. It’s true though.

I’ve written two stories –Loving Leonardo and the Witchy Wolf and the Wendigo. Each stands alone but also carries over into the next book in their series. Both have deliberate open ends and peripheral characters that could be doorways to future adventures. I decided to make them full series one day because I discovered there was just so much more to say! That’s where the mini hops come in. Each novel an author writes takes us away from the books that came before it. The mini hops keep them fresh in my mind.

These weekly events all have one thing in common — you must try to say a lot in just a few sentences to make a hook.  Typically they go 3, 6, 7, 8 sentences or a small strictly adhered-to word limit. I do like challenges. 🙂

The following mélange consists of dynamic points in my stories, their few sentences carefully chosen to create an entire view or a platform for what is about to occur.  If you’d like to see the blurbs to have an idea what these snippets are about, you’ll find the trailers in the book tab at the top of your screen.

Setting the Stage: Bea recounts Alex’s interest in Jenna. Suddenly the three siblings realize something isn’t quite right about Alex.

My 8 sentences:
“I think he was moved by her tears.”

“What, that she was keening at the water’s edge? Makes sense no, it was her grandmother’s ashes they were sprinkling on the water and…” Eyes growing large, Bea put her hand to her mouth. “Oh my lord! Ye don’t think…”

Setting the stage: At this point in the story, Livie takes the veterinary clinic’s new employee out for a quick bite to eat after a crazy hectic day. She finds this handsome Native American man quite compelling and Ash has already fallen in love with her. Days ago in fact. Ash is moonlighting as the wolf-cross dog in her home. Livie has no idea.

Setting the stage: At this point in the story, Eli has tried to enter the White Spirit world but found himself in the Red Realm where the forsaken dwell on the other side of the veil that divides the spirit realms — in other words, Hell. Through the veil he witnesses the shape-shifting abilities of Ash and their teacher Nawkaw. Outraged, he wants this gift for himself.
The forsaken ones had never met a shaman with the ability to enter the spirit worlds, and never one with murders attached to his soul. They tell him they too can bestow such a gift, but it comes with a price. Naturally, Eli says yes.
I give you Eli’s “gift” in under 500 words.

Eli woke and found himself naked in tangled sheets. He ached all over and the stench of the Red Realm hung in the motel room like a fetid cloud. Sitting up, he realized it was he who smelled like rot because his lower half had shifted while he slept. No, he hadn’t slept, he’d lived a second life when he’d fallen asleep. Feeling a tickle on his calf, he looked down at a small wriggling maggot in an open sore. He flicked it across the room. Disgusting.

A question lodged in his brain: Was he fated to return to their foul abuses each time he closed his eyes to sleep? He’d kill himself first. No sooner had the thought come to him than did he remember he was immortal. There’d be no escaping the Red Realm. A panic gripped him. He needed that bird stone. It would fly him to the White World. Once there, he’d plead his case before Sky Father and the ancestors. Surely they’d overlook his indiscretions if he showed them his regret.

Needing to wash, he headed to the motel bathroom. The floor to ceiling mirror took him by surprise. He stood there with the legs of an animal he couldn’t identify. Squeezing his eyes shut, his breath came out in a sharp hiss as he forced his legs into human shape. The painful transformation felt like his bones were breaking from within. He looked at his naked reflection and blinked in disbelief. Feeling his aching sack, he discovered that one of his balls was missing. A sickening recollection of his nightmare in the Red Realm came rushing back. When he’d tried to run away, they held him down while the whore stepped on his testicles until he swore not to run again.

Tears of frustrated rage fell. How dare they do this to him! His anger transformed his body as he stood before the mirror, and he saw himself for the first time. Where his feet had been, he now had cloven toes tipped with curled claws. His arms and legs were thin and riddled with sores. Overall, he looked emaciated. His head was tipped in small peeling antlers and his face was a muzzle more deer-like than not, but the yellowed fangs belonged to a wolf or perhaps a bear. He grabbed his head with his clawed hands and stared into his reflection. This was no wondrous transformation like Nawkaw becoming eagle. Eli was no proud wolf like Ashkewheteasu. He was a monster. He was a Wendigo. Would Sky Father let him in the White World now? He had to try, he had to. 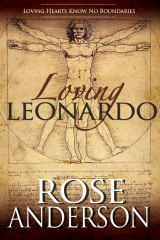 Setting the stage: At this point in the story, the new friends Nicolas, Ellie, and Luca are aboard a steamer to Venice and Nicolas realizes their interest in Leonardo da Vinci isn’t the only thing they share in common.

I believe we were all aware of a sexual tension growing in the intellectual-rich loam. There were little things at play now: the way Ellie moistened her lips and looked at us with eyes that lingered from one to the other. The way Luca’s irises had darkened from snow shadow to moon shadow as he looked upon her. The way I’d catch myself with a reminder to breathe as my eye was drawn to these small distinctions. Like da Vinci’s sfumato, our mutual attraction hung in the air, and I was struck by the notion that the smoky quality depicted in his art was desire. Desire like this.

“Ah.” Ellie nodded in understanding and circled the rim of her wine glass with her fingertip.

Setting the stage: Nicolas, Ellie, and Luca are in Rome to find the first Da Vinci masterpiece’s secrets. A sensitive soul, Nicolas finds Rome’s hard edge unsettling. I give you empathy in under 300 words.

I’d been in Rome on my grand tour and this visit, as the last, filled me with the same dichotomy of emotion. My eye was caught by a shriveled slovenly woman begging on the street below who had a babe in arms and no fewer than seven hungry, filthy children in orbit around her skirts. Within a few feet, a rotund cardinal with his bright red robes and matching wide-brimmed biretta walked by happily devouring his pastry. He didn’t give the starving children a second glance, not even the toddling child who held a beseeching hand out as he walked by. The sad image took my mind as I dug for a handkerchief in the top compartment of my trunk. The entire city was a dichotomy, and I did not like it here. 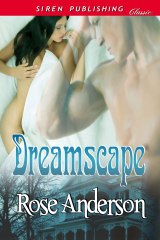 Setting the stage: In this scene, the ghost of Dr. Jason Bowen ponders how he came to be, and the gullibility that led him there. I give you a contemplative ghost in under 300 words.

When they met she’d been such a sweet and shy little beauty. That shyness, he’d come to learn, was part of their treachery – nothing but cunning craft. When she comforted him over the untimely death of his father, he’d been surprised by how quickly he fell head over heels. Seeking to win her timid heart and encourage the comfort that would eventually lead his wife into his bed, he gave into Cathy’s every whim. No more than two months had passed before he was compelled to offer her marriage. No more than four before he found himself dead with his spirit walking the halls.

He played the details of their courtship over and over in his mind, for what else was there to occupy his thoughts? Cathy Ames had accepted his proposal eagerly, despite her less-than-enthusiastic response to his advances. These always met with a cool reserve he erroneously mistook for maidenly shyness. But Cathy didn’t possess a shy bone in her body. No, far from it. He’d seen them together in bed, his wife and his murderer. Seen for himself the eager way she clutched Richard Mason’s body to hers and treated him to a carnal knowledge obviously developed from years of knowing. Not only did it shock his senses to see his shy wife play whore and play it well, it sickened him. What a fool he’d been. Unable to stomach the sight of them, he kept to the only room they never visited—the cupola at the top of the house—and decades passed there with little concern, because time ceased to have meaning for the dead. Yes, they continued on with their merry lives, raised their foul brood, and got away with murder.
ɤɤɤɤɤɤɤɤɤɤɤɤɤɤɤɤɤɤɤɤɤɤɤɤɤɤɤɤɤɤɤɤɤɤɤɤɤɤɤɤɤɤɤɤɤɤɤɤɤɤɤɤɤɤɤɤɤɤɤɤɤɤɤɤɤɤɤɤɤɤɤ

Setting the stage: After a long drought in her self-confidence, Vivienne slowly begins to regain what a bad breakup lost. Before long, she finds she eagerly anticipates each email from her penpal S.

“You’ve got mail” burst forth from the speakers. I discovered I had been conditioned to have an autonomic response to seeing the envelope and hearing the computerized words. Like Pavlov’s dog, I began to salivate. 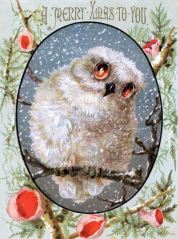 If you’re here for the first time, my husband and I arebuilding a vintage holiday postcard scrapbook one card at a time.

I’ve been posting one or two post cards each day and plan to keep it up from now until January.

Our December contest has approximately 30 prizes for one winner, including a $75 Amazon or Barnes & Noble gift card. I’m adding a free book from my backlist to the loot. Read the pages and find the dancing Santas.
http://www.romancebooks4us.com/

Several promotional opportunities for romance authors can be found on my Exquisite Quills group blog. http://exquisitequills.blogspot.com/
Tomorrow: an interview with author Draven St. James.
First Kiss Wednesday ~ share your best 300 word kiss.
Set the Scene in Six ~ share your backdrop or lead-up on Sundays.
The Genesis of the Story ~ share the spark that ignited your novel
Author Interviews ~ We’re booking 2014 now.

Coming January 2014
A place for your old stars to shine!

6 Responses to Telling a story in a nutshell