Say it again, and then some

I’m having an early start to a busy day away from home  today. It’s a good time to recycle!  The following post comes from one of my other blogs. I created it for some purpose or another…maybe a blog hop.

It’s funny when authors say their stories come out of nowhere. That happens to me quite often. There are times when it feels like someone else it driving this brain’s bus. The following snippets from my novels are instances where my writing tickled my own fancy.

Enchanted Skye
Alexander MacCodrum belongs to a race of shape-shifting sea creatures living on Scotland’s Isle of Skye. When Jenna MacLeod unknowingly adds seven tears to the salt of the sea, she accidentally unleashes an ancient charm that catches the transformed Selkie unawares. Under this binding spell, Alex must win Jenna’s heart, or the pain of unrequited love will drive him to take his own life. Unfortunately for Alex, Jenna hasn’t come to Skye looking for love and it will take the force of a hurricane to bring them together. But worse, Jenna’s violent ex-boyfriend has found her at last and Carl has made it perfectly clear – if he can’t have her, no one can.

The scene – Alex ponders the truth of his family.

The best hiding in plain sight:

Doled out for tourists, the local legends pointed fingers at their family’s romantic origins but the tales were no different than those about the bogie man, faerie folk, or ghostly specters on the moors. No one took them seriously for all they were true. He and his siblings went to the pub on occasion and if there were tourists a neighbor would rib them good naturedly. The latest being, “Where ye hidin’ yer seal skin, Lachlan?” to which his eldest brother replied, “Now if I tell ye Ronnie Nash, and ye find it, I’ll have to wed ye! And man yer not my type!”

The tourists loved it and the locals howled, and god love them, none saw the truth right before their eyes. That was another Selkie gift, the gift of glamour. You only saw what a Selkie wanted you to see. 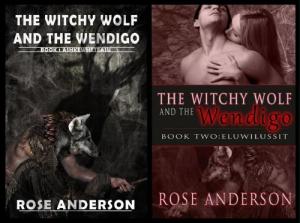 The Witchy Wolf and the Wendigo
What does an immortal Native American shaman do when the grave he’s sworn to watch over for all eternity disappears under urban development?

His purpose of guarding his wife’s burial mound gone, Ashkewheteasu seeks to end his immortal existence. In his despair, he assumes the form of a wolf and steps in front of a moving car and into the life of Dr. Olivia “Livie” Rosalini. The veterinarian saves the animal’s life, and in the process saves the man within. Unbeknownst to Livie, the dog she’s taken into her home and grows to love is a magical being seeking to win her heart as a man. While Ash is learning a new world filled with new love, friendship, and happiness, an old menace makes plans to steal it all away; just as he had 3000 years before. 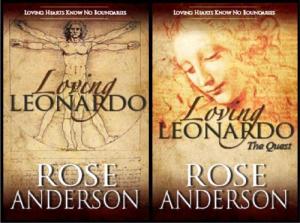 The scene – a ghost discovers an incredible ability.

Best Quote: Allow me to pay homage to the goddess you are. Let me begin at your little feet. Feel me lightly kiss, and yes, you will feel me bite ever so slightly, for the need to devour you is great. Reply lover.
I await.
S

100 Things Blogging Challenge! For 100 days, I’m posting a little something from my chosen topic of Words & Quotes of Love. There are 2 entries to come.
Here’s another:

My blog presence is smaller this month because I’m taking a holiday break to see to gift making and cookie baking. Even though I’m not blogging much, you can still discover my books and a little bit about me. Just click on the Links tab above to see my book trailers and other blogs filled with snippets, insights, challenges, recipes, writer tips, chatty things, and more. My novels in ebook and paperback can be found wherever books are sold. 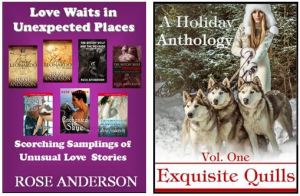 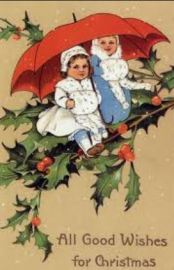 My husband and I are building a vintage holiday postcard scrapbook one card at a time. I’ve been posting one or two each day and plan to keep it up from now until January.

Several promotional opportunities for romance authors can be found on my Exquisite Quills group blog.
Join us Wednesday for our open promo ~ First Kiss Wednesday
http://exquisitequills.blogspot.com/

Last week I had my blog day on Romance Books ‘4’ Us. Come see how much I love snow. http://romancebooks4us.blogspot.com/2013/12/timing-is-everything.html

And…our new contest has approximately 30 prizes for one winner, including a $75 Amazon or Barnes & Noble gift card. I’m adding a free book from my backlist to the loot. Read the pages and find the dancing Santas!

11 Responses to Say it again, and then some