It’s the last day of the Swept Away Valentine Blog Hop! Follow this link for one more chance to meet over 140 authors and have a chance to win the prizes given away on each of their blogs. As always, be sure to leave your email address when you leave comments.

About Rose:
I love words and choose them as carefully as an artist might choose a color. My active imagination compels me to write everything from children’s stories to historical fiction. As a persnickety leisure reader I especially enjoy novels that feel like they were written just for me. It’s hard to explain, but if you’ve ever read one of those, then you know what I mean.  I tend to sneak symbolism and metaphor into my writing and always write in layers. You might say it’s a game I play with myself. It’s really a kick to have readers email to say they’ve found something or to ask if I meant what they think I meant when they read a portion and their brain goes, hey wait a minute… I want people to feel the story was written just for them and these hidden insights are my gift to my readers.

What does an immortal Native American shaman do when the grave he’s sworn to watch over for all eternity disappears under urban development?  His purpose of guarding his wife’s burial mound is gone, Ashkewheteasu seeks to end his immortal existence. In his despair, Ash assumes the form of a wolf and steps in front of a moving car and into the life of Dr. Olivia “Livie” Rosalini. The veterinarian saves the animal’s life, and in the process saves the man within. Livie has no idea the wolfish dog she’s taken into her home and grows to love is a magical being seeking to win her heart as a man.  While Ash is learning a new world filled with new love, friendship, and happiness, an old menace makes plans to steal it all away; just as he had 3000 years before.

Dreamscape
A haunting, a murder, a mystery, a reader’s puzzle, and a love story that transcends time.
Peek inside Dreamscape on Amazon
Unable to deny his own translucence, Dr. Jason Bowen determines his lack of physical substance could only mean one thing — he’s a ghost. Murdered more than a century before, Jason haunts his house and ponders the treachery that took his life. When Lanie O’Keefe arrives with plans to renovate her newly purchased Victorian mansion, Jason learns, ghost or not, he’s still very much a man. Jason soon discovers he can travel through Lanie’s dreams and finds himself reliving the days before his murder with Lanie by his side. It took one hundred and twenty years for love to find them, but there’s that insurmountable little matter of Jason being dead.

Hermes Online
A CataNetwork Sensual Reads Reviewer’s Choice Winner 2011 – Contemporary Romance! 🙂
A woman finds her lost confidence in a very unlikely place
Peek inside Hermes Online on Amazon
Imagine if you will a story begun in the halls of Mount Olympus long before this modern tale was conceived. It was a time when the god Hermes flew on his winged sandals and carried messages from the gods to the mortals below. And between that time and this, couriers became postmen and handwritten letters became bytes. It is said the gods still speak to those who listen…
Left bruised and brokenhearted after a cruel breakup, Vivienne Bennet finds herself mired in a world of self-doubt. To her surprise, she receives an email that challenges her to rediscover the sensual woman she once was. Together Vivienne and the enigmatic man known only as S embark upon the world of anonymous Internet communication where suggestive emails lead to erotic chat, where cybering leads to Skype, and C2C sends both into the arms of a love they’d believed lost forever. 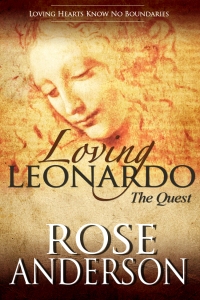 See Rose’s Book Trailers at the MusesWritingTablet on Youtube

Thanks for stopping by!

4 Responses to Get Swept Away — You’ll LOVE Reading Rose!