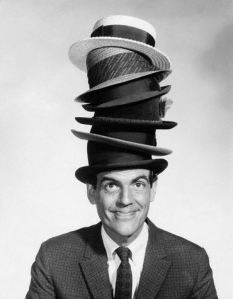 I harbor a lifelong love of learning, but I didn’t enjoy school. In fact, I could count on three fingers those times I was actually inspired by a teacher. I say that because I can only remember three.

The twinkle of a notion that I could write stories appeared long ago, and it all started in school with a J.R.R. Tolkien book in my high school English class. We were to read The Hobbit and then write a short story in Tolkien’s style. It was the very first time a class assignment was more than a regurgitation of rote facts and dates. It was also the first time I put imagination to pen. I wrote about an emerald-scaled dragon waiting for her egg to hatch. I’d been inspired so I really got into it. It’s amazing what a little inspiration can do for creativity.

The next day, the teacher held me back after class to praise my story one on one. She asked if she could keep it or have a copy. Of course I said yes to her keeping it. In the days before Xerox, I wasn’t about to write it all out again! She left me with this thought. “You’re good enough to be published one day.” I shelved that idea for fourteen years before I took her compliment to heart. And with disappointment, I tabled it again as an impossible undertaking when manuscripts sent didn’t get a nibble. That was nineteen years ago. All told this trip has taken 38 years. I’m glad I tried again and was successful, but wish I’d started sooner. It’s not for the reason you might think. 🙂

I’ve long determined there aren’t enough hours in the day to accomplish the often overwhelming pile of things authors have to do to establish a solid footing in the publishing world. Years ago, the only thing an author needed to do was write a book and send the manuscript to a publisher. If they accepted it, the publisher did all the work and that included promoting.

It’s not enough now to simply write the book. You have to put on hats! Of course you must wear the writer’s hat, but there’s also the publicist’s trunk full of hats to wear — the blogger hat, social media hat, and the webmaster hat. Then we have the personal assistant’s hat and all the smaller hats that go with it. If you self-publish, there’s far more than one publisher’s hat to wear! There are days when i feel buried under hats. lol

The publishing world is the vertical slope. To make a success in his business is metaphorically like climbing K2. It’s not impossible, but boy it’s not easy with that column of hats balanced on your head!