Welcome back or simply welcome! This blog is linked to over 140 authors participating in the Purrrrfectly Giftastic Christmas Blog Hop. Each author is offering a prize and winners are chosen from among the comments, so be sure to leave your contact email and comment daily to win goodies! Purrrfectly Giftasic Hop Starts Here!

Making gifts for the Holidays? Try these!

In a nice clean and sterile wine bottle, place basil and garlic. Fill with vinegar and cork.
The flavors become stronger over time

Dessert Bread in a Jar

Makes a dozen banana gift breads but any similar recipe will do, even a cake mix! (Cooking times may vary)

Preheat oven to 325 º, liberally grease the insides of the canning jars. Vegetable oil is fine.

In a large bowl, cream shortening and sugar until light and fluffy. Mash bananas. Beat in eggs, bananas, and water. Sift together flour, baking powder, soda, salt, and cinnamon. Add to banana mixture. Mix only long enough to moisten dry ingredients. Gently fold in nuts. Fill jars half full. Place jars directly on rack in oven. Bake for 45 minutes.
I saw Martha Stewart once wrap the exposed top part of similar treats in brown craft paper and tied prettily with raffia and an ornament. 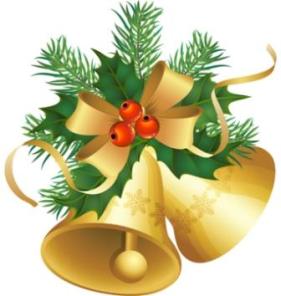 All titles on sale now!

And I’ll even sign them just for you with Authorgraph!
Rose will autograph your ebook – click here!

Hoping Santa stuffs a Kindle in your stocking? Why wait?
Free Kindle for PC

Imagine if you will a story begun in the halls of Mount Olympus long before this modern tale was conceived. It was a time when the god Hermes flew on his winged sandals and carried messages from the gods to the mortals below. And between that time and this, couriers became postmen and handwritten letters became bytes. It is said the gods still speak to those who listen…

Best Quote:
Allow me to pay homage to the goddess you are. Let me begin at your little feet. Feel me lightly kiss, and yes, you will feel me bite ever so slightly, for the need to devour you is great.
Reply lover.
I await.
S

What does an immortal Native American shaman do when the grave he’s sworn to watch over for all eternity disappears under urban development? His purpose of guarding his wife’s burial mound gone, Ashkewheteasu seeks to end his immortal existence. In his despair, he assumes the form of a wolf and steps in front of a moving car and into the life of Dr. Olivia “Livie” Rosalini. The veterinarian saves the animal’s life, and in the process saves the man within. Unbeknownst to Livie, the dog she’s taken into her home and grows to love is a magical being seeking to win her heart as a man. While Ash is learning a new world filled with new love, friendship, and happiness, an old menace makes plans to steal it all away; just as he had 3000 years before.

Tomorrow – Day 3 of the hop
Visit all the blogs & comment daily for more chances to win.
Don’t forget to leave your email address!

And…stop at The Romance Reviews party. Today’s the last day!